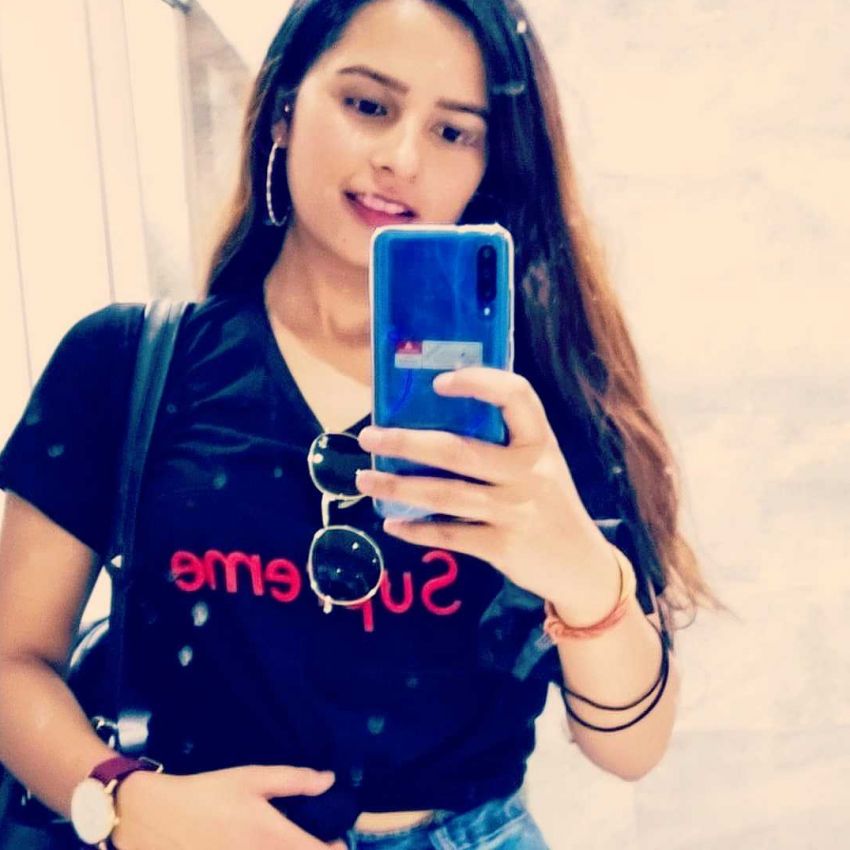 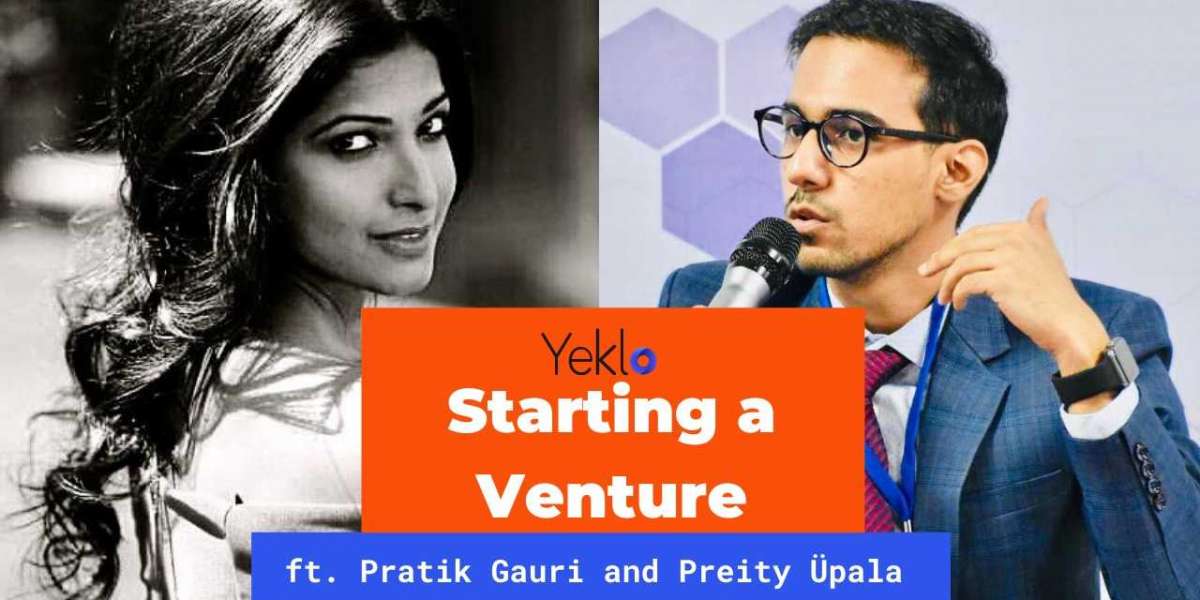 In this tech-savvy world, entrepreneurship has become a hot cake among the people who want to establish themselves as a brand. Entrepreneurship can be tricky and risky like its spelling and pronunciation, but with firm determination and dedication, one can get their dreams to turn into reality. There are lots of rising entrepreneurs who have decided to help the society and themselves with their ventures. Being in a sharing session with them can surely inspire us to take a step to have our own start-up. A webinar organized by Hult Prize at IOE and NextGen featuring Mr. Pratik Gauri and Miss Preity Upala turned to be a fun and inspiring one.

On October 17, via zoom, Hult Prize at IOE, and NextGen aired their webinar on Level 3 of Entrepreneurship Talk Series: Starting a Venture. Almost a hundred participants got to know more about starting a Venture of their own. The guests for the webinar were Mr. Pratik Gauri and Miss Priety Upala. Starting at 2 pm (GMT +5:45), Miss Anisha Ghimire and Suprima Shrestha welcomed the audience and the first guest, Mr.Pratik Gauri.

Pratik Gauri is a successful entrepreneur who is the India President of 5th Element Group, a highly motivated Start-up to become a Unicorn Startup in the future. At present, he is involved with six start-ups. He has represented India on various platforms like Nobel Peace Prize, World Economy Forum. Pratik believes that this generation has started to be a part of the 5th Industrial Revolution; hence, technology's purpose should not be just entertainment. Rather, it must address social problems, retain humanity, and ultimately make a basic life quality.

Mr. Gauri shared his motivation and inspiration to opt-out of being his boss rather than being an employee in Microsoft, India's engineers' ultimate destination. At the age of 16, he started his Venture to solve people deprived of the necessary facilities, and the mission to get him financially in a better position.Mr. Gauri revealed his version of getting started with a Venture, which will be a long-lasting and effective one:

Further, He quoted, "There is no age restriction to become an entrepreneur. However, it's not an overnight success. You have to sacrifice your sleep and cut down on your vacations. You may make mistakes. Mistakes are Ok. Success can not teach the things that failure you had in the entrepreneurial journey can. But, never to repeat mistakes."

In 2019, Pratik's team had launched a silver coin with Legend Jhansi ki Rani. It was distributed among the leading ladies in the battle to achieve gender equality in India. This was a massive success, and thus, the preference for blockchain social start-up became more favorite to Mr. Pratik. In 2020, his team has been more active in this Covid-19 inspired lockdown period. Collaboration with John Kri (Hero of The Office movie) made them gain sponsors from Starbucks and Pepsi. The money was distributed to the people who had lost their jobs, especially in the Hospitality business.

Sharing his experience, Mr. Gauri talked about being ditched by the teammates in the past. Thus, he says a loyal team is a must. And if you have an idea, a loyal team able to execute the idea, then there must not be fear of investors. The start-up must have a pull factor(quality, vision) within itself rather than a push from the investors."

Animal lover Pratik said reading books, especially: Rich Dad Poor Dad, Lean Start-up, and attending conferences, had helped him a lot. Elon Musk and  Steve Jobs were the inspiration for him. Providing light on his Venture, 5th Element, he clarified that a project must be omnivent solution-oriented, i.e., to include the people from private, technology, government, celebrities, and social media influencers, and have win-win results for the company and general public.

Since Start-ups are full of opportunities and risks, one must have s strong risk assessment done. Finding the Venture fulfilling the passion and containing the short term and long term gains can minimize the risks factors. The young entrepreneurs and entrepreneur aspirants must keep the fire inside them to be burning every time. Comments upon temporary unemployment must be digested. From the Venture's initial formation, a strong advisory board or panel must be the top priority.

At the end of the program, Mr. Gauri got a surprise video played for his birthday. The host team wished him more success and thanked him for his time. Mr. Gauri departed after welcoming the audience to join him on different platforms for any assistance or guidance.

Next session with Preity Upala

At 3 pm, the next session was started with Miss Preity Upala. She is an entrepreneur, beauty pageant titleholder, Hollywood actor, producer. She is the president of Omniva Institute, which is like a THINK TANK, devoted to generating awareness and research on global issues and Geo-politics. Being a tourist in around 75 countries, being multilingual, and being a global citizen has made her more humble, understanding, considerate, and aware. This has ultimately made her interested more in Global politics flavor.

A multi-talented student in her school days and uni-days, Upala knew that a 9-5 job would not make her happy and help make a mark on the world. Later getting into beauty pageants and being a public figure in social media became her assets. Thus, investors came running to her as they could not resist her charm, personality, and vision for a better world. Although being a former Miss India International brought her the investors, Miss Upala considers the beauty title less valuable than her other achievements.

Miss Upala has strong beliefs on Dharma and spiritual awakening. She expressed that her presence in the entrepreneurial journey is a method of fulfilling the Dharma. Doing meaningful meditation, doing deep breathing, and willingness to gain wisdom is what Miss Upala considers a pathway to spiritual happiness.

Although she is a spiritual guided person, Upala says that Apps and Technology is the core of any entrepreneurial venture. We can be accepted and rejected at the same time by the tip of our audience's finger. She also agreed with Mr. Gauri's concept of having the Venture to attain Sustainable Development Goals and becoming the partner to bring changes ad happiness to others and make a large amount of money for ourselves.

Miss Upala shared that being on Twitter during the lockdown period has been fruitful to her. Her exact way of addressing the political issues and her opinions to bring out a solution has gained her many followers and retweets. Miss Upala emphasizes on being motivated, staying persistent, and devoted to the Venture. Further, she said that more activeness could attract more investors.

Upon addressing the question of incorporating spirituality with business, Miss Upala quoted," If such deeds can bring out awareness, charity, and donation, then they are karmically sound to me. It becomes a problem when the Gurus of such firms create unethical, superstitious dilemma about Dharma and spread it to the other countries. This is the time when seeds of prejudice and hatred against a particular religion are sowed. Thus any venture bringing the positivity and solution to the human world is a boon, be it spiritual business or material business."

The host team thanked her for the time and ended the program with the promise to provide a certificate for the participants.

As an audience, I felt Hult Prize at IOE and NextGen's "Level 3 of Entrepreneurship Talk Series: Starting a Venture" to be a great webinar. It provided more insights on starting Ventures that can address the SDGs, bring more awareness, and eventually make you a millionaire. With this series's success, the audience expects to participate more in such type of webinar or seminar in the upcoming days. Till then, all we should do is, "Dream it, Draft it and Do it." 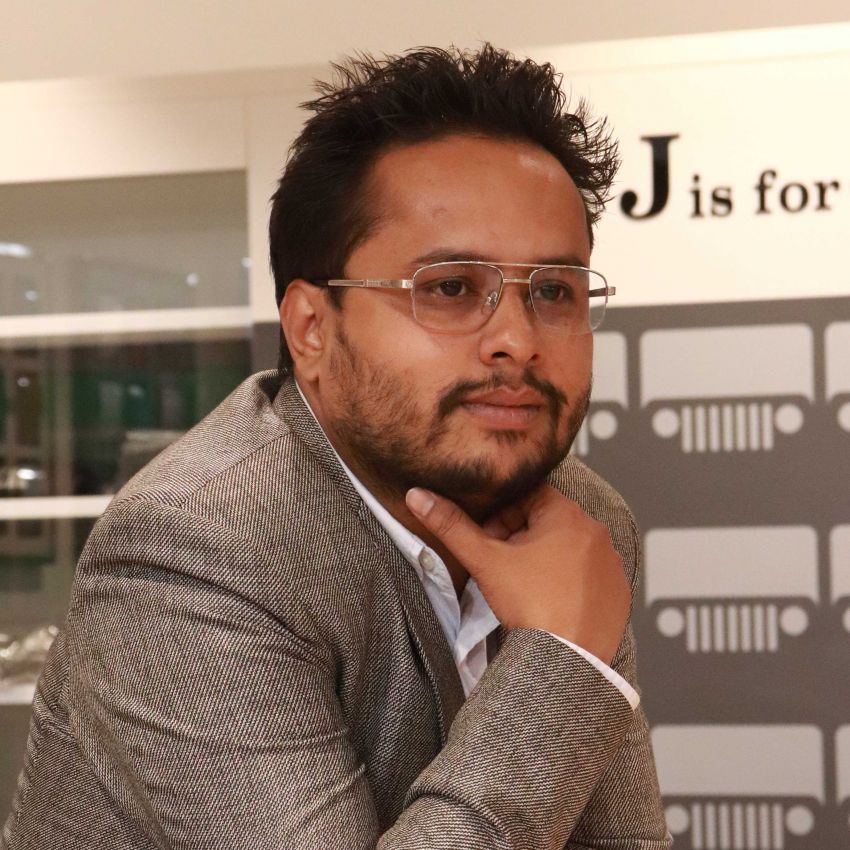 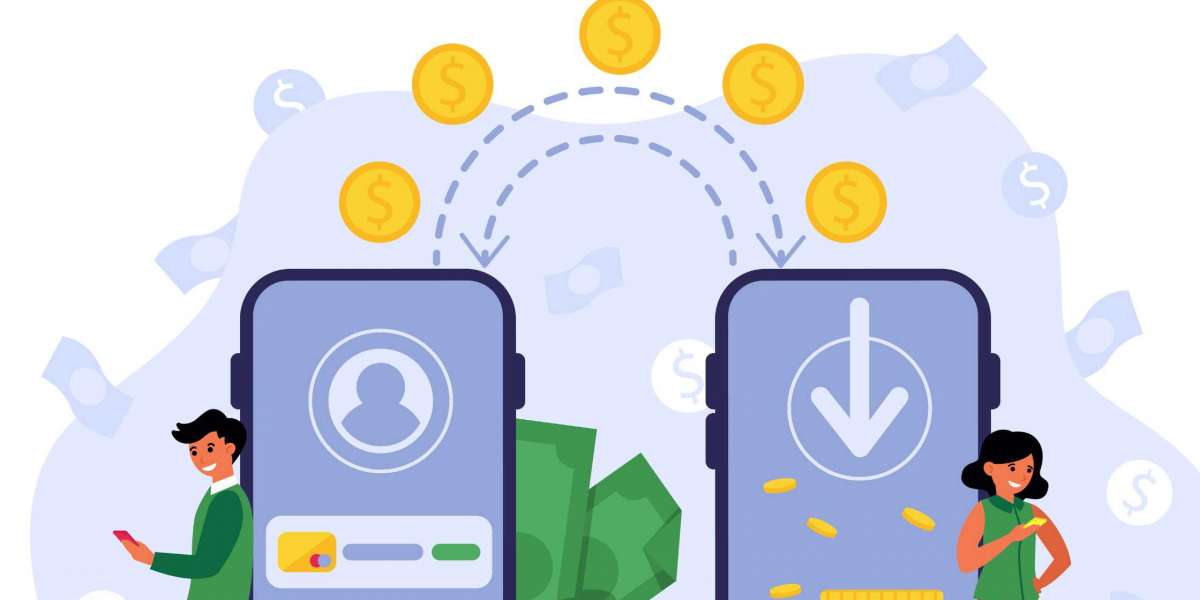 In Nepal, the idea of automated payment service providers began with Nabil Bank's launch of a c.. 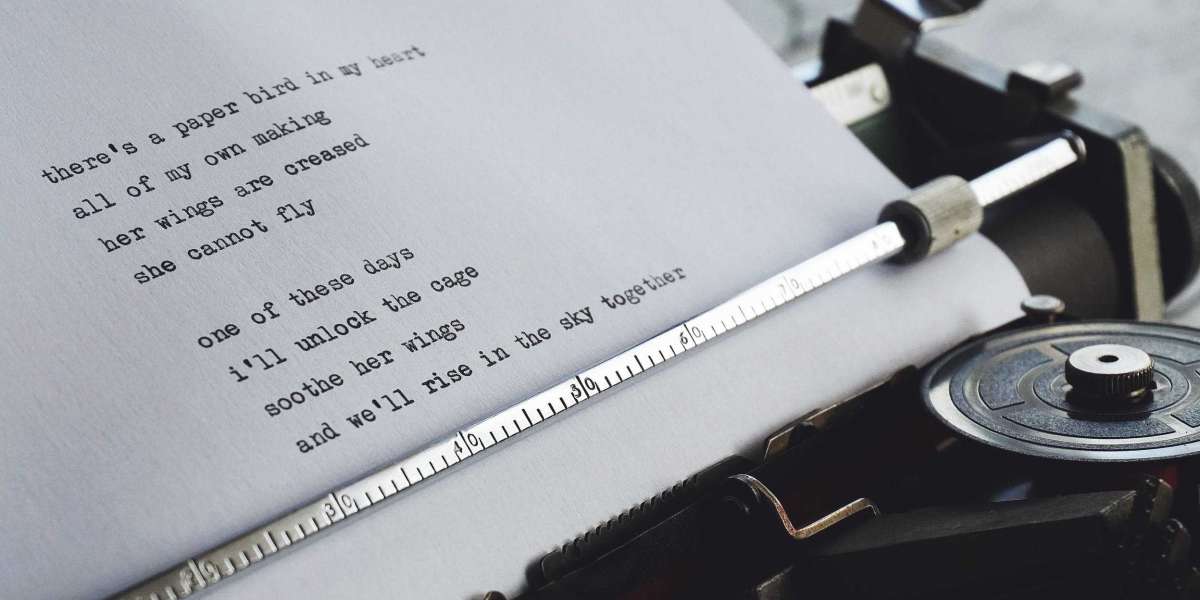 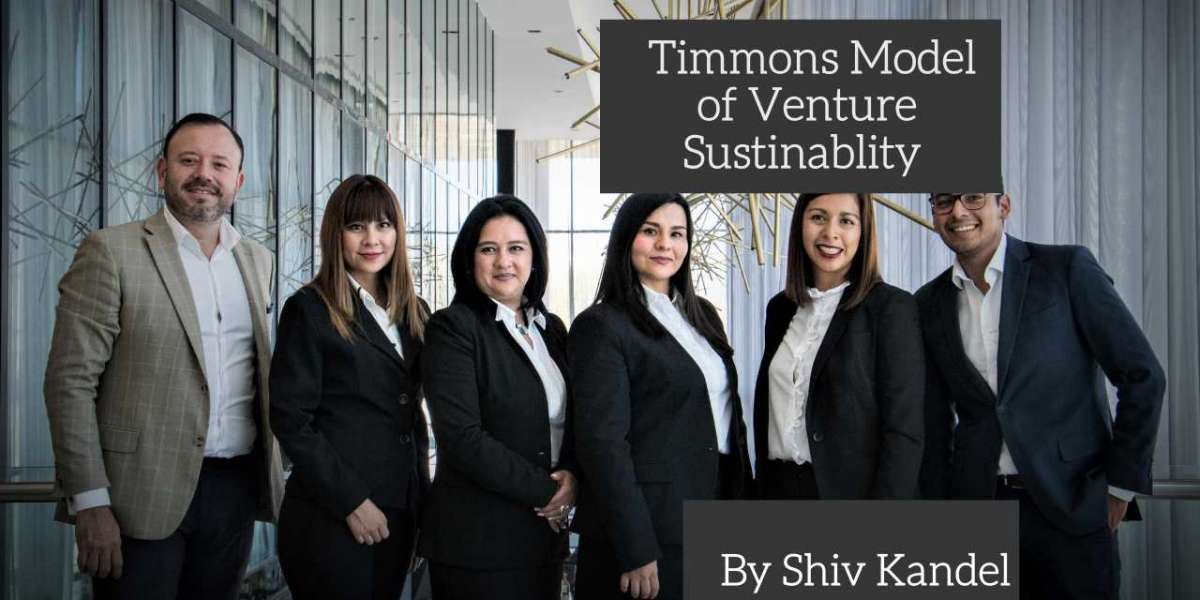 The key difference between entrepreneurship and business lies on the “purpose” and “process” in prod..